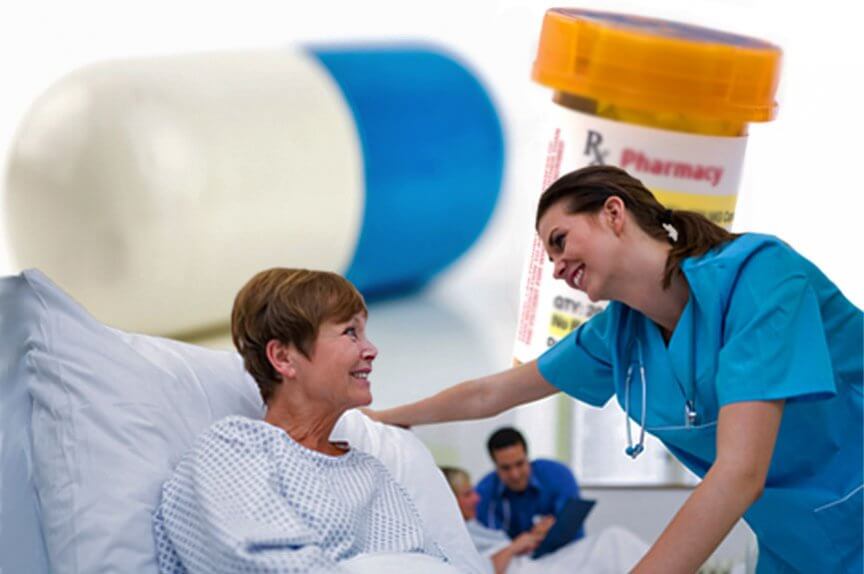 When you hear the words “pharmaceutical company”, what comes to your mind? For many, it is thoughts of big businesses who overcharge patients for their medications, particularly if those are life-saving drugs. The belief has been that price gouging has resulted because pharmas are in collusion with insurance companies and medical professionals who receive kickbacks in order to have their drugs pushed upon consumers in order to make bigger profits. And while efforts have begun to change all of the current pricing structures that have resulted from problems on so many levels, there is more than current pricing structures that I would like to share.

I suppose that the most important lesson that I have learned along the way is that no matter with what pharmaceutical company I have dealt, there is a team of incredible people behind the scenes who have chosen to help and support the patients’ needs. Barbara Jacoby

I must admit that I may have had similar thoughts in the past – until 2012. At that time, I was invited to participate in my first meeting with a pharma company’s representatives along with patient representatives of other medical diseases as a Patient Opinion Leader Advisory Board Member and ever since, nothing has been the same.

This was the first time that I had an encounter with any Company whose goal was the desire to help the patients and to learn what types of programs and services could be designed to aid them on so many levels. And since that initial interaction, I have had interactions with no less than five additional major pharmas as a result of their interest in supporting the cancer community patients and I would like to share a bit about what I have learned, particularly in the breast cancer arena.

Most importantly to most patients is the pricing issue which has been huge. However, based upon what I have learned, I understand why pharmas are in a precarious situation. A single drug may take up to 30 years from the time of initial concept until it reaches market. This can only happen with years of research that most likely includes many failures along the way until it even reaches the point where it enters the many stages of clinical trials and ultimate FDA approval. And this is only a small part of the corporate issues that control our drug prices.

And I can’t even begin to quantify how many people may have given their entire lives and careers in order to find the answers for a single drug that may stop or slow down the progression of my particular cancer. And even if a drug is ultimately approved and makes it to market, how much does it cost to pay for its success, all of the research that resulted in failures along the way and for all of the future research needed to pursue betterand hopefully ultimate elimination of just one type of one disease like breast cancer?

I also want to let patients know that there are also many other resources available from the pharma companies on their websites. If you are prescribed a particular cancer drug but you can’t afford it, you may want to go to the website for that pharma company to find out whether you are eligible for financial assistance for your medicine. If you are having side effects from a particular drug, you might want to visit the site to learn more about what you are experiencing and perhaps even ways with which to deal with the problem.

If you are looking for an online community support group or help for your caregivers and/or children in dealing with your diagnosis, you only need to go to the site to see what is available to you as supported by the Company. If you are looking for info about anything from questions to ask your medical team after a diagnosis all the way through to clinical trials, just check out any of the pharma companies’ sites for help and guidance. But, always be sure to discuss any issues with your own medical team before starting or stopping or changing the treatment program to which you have been assigned.

I suppose that the most important lesson that I have learned along the way is that no matter with what pharmaceutical company I have dealt, there is a team of incredible people behind the scenes who have chosen to help and support the patients’ needs. Whether it is the researchers or those on the help lines or those who are supporting the Company at any level, they have made a specific choice to make a difference in the cancer community.

In speaking with every single one of them along the way, I have found that their choices for careers have resulted from their own experiences with family, friends and even themselves in dealing with cancer. They have all shown me a most exemplary degree of desire to help patients on every level. This is the reason that I personally continue to turn to them for answers and for support of new initiatives and programs to help anyone at any level in the cancer community. And I will continue to do so as long as I can in my efforts to bring the most current information, support and inspiration to everyone that I can reach.