If Health Canada achieves its goal of lowering the maximum prices for drugs, the health of Canadians could suffer, shows a Viewpoint published today by the MEI.

Indeed, in countries that have implemented similar price control policies, new drugs have become less accessible to the population.

“In wanting to reduce the prices of drugs, Health Canada runs the risk of reducing access to drugs instead,” says Mathieu Bédard, Economist at the MEI and author of the publication.

Earlier this year, Health Canada launched a consultation aiming to reduce the maximum prices of new drugs introduced in the country. When we look at what has happened in places where public policies have imposed prices that are too low, it’s clear that it is patients who have paid the price.

“In New Zealand, a country often cited as an example for its drug prices, the public system’s access to treatments for diseases like diabetes, cancer, and high cholesterol can be delayed by more than ten years compared to Canada,” explains Mathieu Bédard.

Pharmaceutical innovation, which has among other things helped reduce the number of premature cancer deaths and the length of hospital stays, in addition to allowing seniors to live longer lives, depends on colossal investments and many years of research. Pharmaceutical companies introduce innovative drugs first in markets where the prices of drugs take into account this research, as well as a certain return on investment.

“Currently, Canada ranks very high in terms of access to new drugs, but if this balance is upset by a reform that lowers prices, the country could wind up at the bottom of the pack,” adds Mr. Bédard. “In 2015, Canada was ranked 4th among OECD countries in terms of the proportion of new drugs brought to market. When it comes to delays in launching new drugs, Canada is the second fastest after Japan, with an average time to launch of just 90 days after approval, versus over 400 days for New Zealand, and nearly 300 in Portugal.”

“The interests of patients are better served when drug prices are at a level that allows for pharmaceutical research to be financed. When prices are set artificially low through the use of regulation, as Health Canada recently suggested doing, there is a risk that patients will end up paying the price. Before intervening even more in this market, public decision-makers should appreciate the privileged access to innovative drugs that Canadians enjoy, as well as the fragility of the balance that underpins this access,” concludes Michel Kelly-Gagnon, President and CEO of the MEI.

The Viewpoint entitled “Access to Medication: Preserving a Fragile Balance” was prepared by Mathieu Bédard, Economist at the MEI, in collaboration with Patrick Déry, Public Policy Analyst. This publication is available on our website.

The Montreal Economic Institute is an independent, non-partisan, not-for-profit research and educational organization. Through its studies and its conferences, the MEI stimulates debate on public policies in Quebec and across Canada by proposing wealth-creating reforms based on market mechanisms. 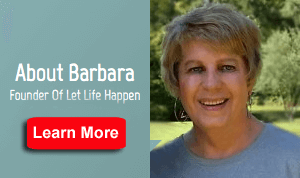